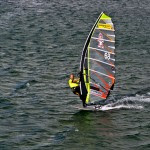 We have just finished Weymouth Speed Week and have had the best winds of the last three years. Nothing fantastic but two good counting days and one just beneath the minimum required for a count leg.

I have to be a bit careful with my report as I got into trouble last time. The problem with Weymouth is there is so much going on with regard to categories that it’s difficult to keep up.

A quick explanation of competitions under the banner Weymouth Speed Week.

International Speed Windsurfing Association - European Tour Weymouth
Windsurfer that has the fastest average of two runs per leg given that 20% of the fleet record 3 or more runs over 28knots. Men and Woman.

Normally at an ISWA event each leg would be up to 1.5 hours long with a 30 minute break between legs. After 4 legs you can have one discard and after 7 legs you can have two. Due to the complexities of Weymouth each leg is the whole day. (I hope that’s diplomatic enough)
United Kingdom Windsurfing Association - British speed sailing championship
Windsurfer that has the fastest average of two runs during the week given that 20% of the fleet record 3 or more runs over 28knots. Men and Woman.

The great thing about Weymouth is it brings the whole British Speed sailing fraternity together in the same spot. Also with so much going on it is all controlled through Nick Povey, Pete Davis and Paul fantastically well. The GPS timing means that we have accurate timing and results within a couple of hours for finishing the days racing. I have been critical in the past of Weymouth but when you add it all up it is one of the most enjoyable contests to enter. Weymouth is easy to get to, lots of Bed and Breakfast Guest Houses, a superb sailing academy with showers and restaurant, parking and a great rigging area.

Down to the racing

The competition stated on Saturday the 15th October. Not enough wind for sailing but the forecast for the week was looking good to perfect. A nice leisurely day meeting up with old pals and rigging our sails, putting fins in the boards and getting ready for the coming week.
Sunday was the same story but we knew that Monday forecast great winds from the West.
Sure enough on Monday morning we were greeted by 15 knots of wind and a forecast predicting 20 to 25 knots as the day went on. Everybody knew the wind would increase only the locals new that as the tide dropped the water would become rougher. It was a gamble as to how long you were prepared to wait until venturing onto the water, bearing in mind that you would be sailing right up to when the course was to close 5.30pm.
I took to the water at 11.45, the wind was filling in quickly and averaging 18knots on the course. Westerly winds mean sailing from the academy toward Chesil Bank then bearing away for your run out into Portland Harbour, the further down the course the rougher it gets until you are bouncing your way through 12” of chop. If you want quick times there is no letting up at the end of the course, quick and flat on the way in and hold on to your hat on the way out because you are on broad reach with board flying all over the place. As the tide dropped the course got more and more choppy. We did stay out there to the last minute, over five hours nonstop sailing. Five hours nonstop racing is a hard thing to train for, most sailing sessions are about two hours long and only in Weymouth are we sent out for the whole day but it’s the same for everyone and that’s the rules. I sailed the first 3 hours with my Hotsails GPS 8.0m sail on my Starboard Isonic 107 ltr board using a 37cm Black Project fin. Later I changed down to 7.3m sail, 90 ltr board and 35cm fin however with the sea state worsening the speeds didn’t increase.

That gave me a second place in the UKWA rankings and a third in the IWSA rankings.

David’s speed was the best for the Weymouth Speed Week windsurfer category.

Day two and the wind had turned slightly more to the North meaning the course was sailing the opposite way round, choppy waters on the outside sailing into flatter water by the finish.

Wind conditions were slightly less than Mondays and again I was on the Hotsails GPS 8.0m sail on my Starboard Isonic 107 ltr board using a 37cm Black Project fin combination. David again had the fastest speeds of the day but it was closer than Monday. Another 4 hour marathon session on the water.

Results of the average speeds of each competitors two best runs.

On the water my GPS showed a max speed of 37.03 knots and a 10 second average of 35.85, having checked with the other riders it was the quickest of the week but unfortunately not over 500m.

After day two I had IWSA ranking points from a third and second place which ranked me 2nd overall behind David Garrell and in the UKWA rankings I had two second places which put me in second behind Kevin Greenslade.

Wednesday and still more wind. Very light winds at the start of the day and although at the end the day the round didn’t count due to insufficient number of runs over 28 knots were completed it was close.

Only three sailors completed more than one run over 28, I managed two, Ant Baker three and Kevin Greenslade managed four. Being the heaviest on the water but sailing the smallest sail, 8.8m, and smallest board, 127 ltr didn't help my cause. Most of the sailors were on 9.5m sails and 140 ltr boards, luckily the rules worked and the day didn't count. When you have to use that size equipment in my opinium it's not speed sailing.

Thursdays forecast was for no wind so we were released for the day. Friday threatened to produce enough but never quite got there.

A great weeks competition with some really nice people, well organised and fun. Watch out next year I am coming back for the number one spot.
Posted by MARTYN OGIER 68 at 7:30 AM 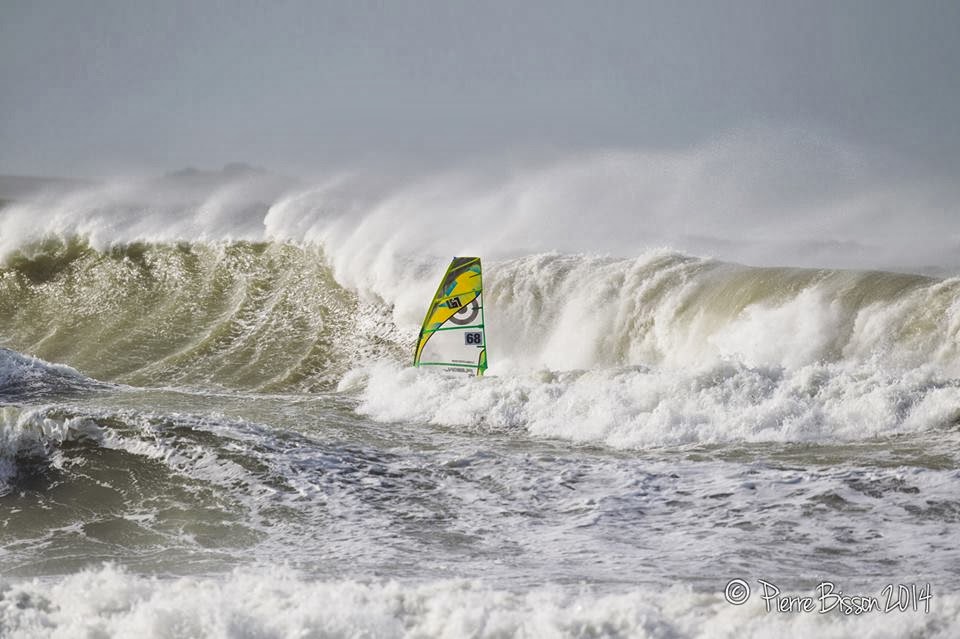 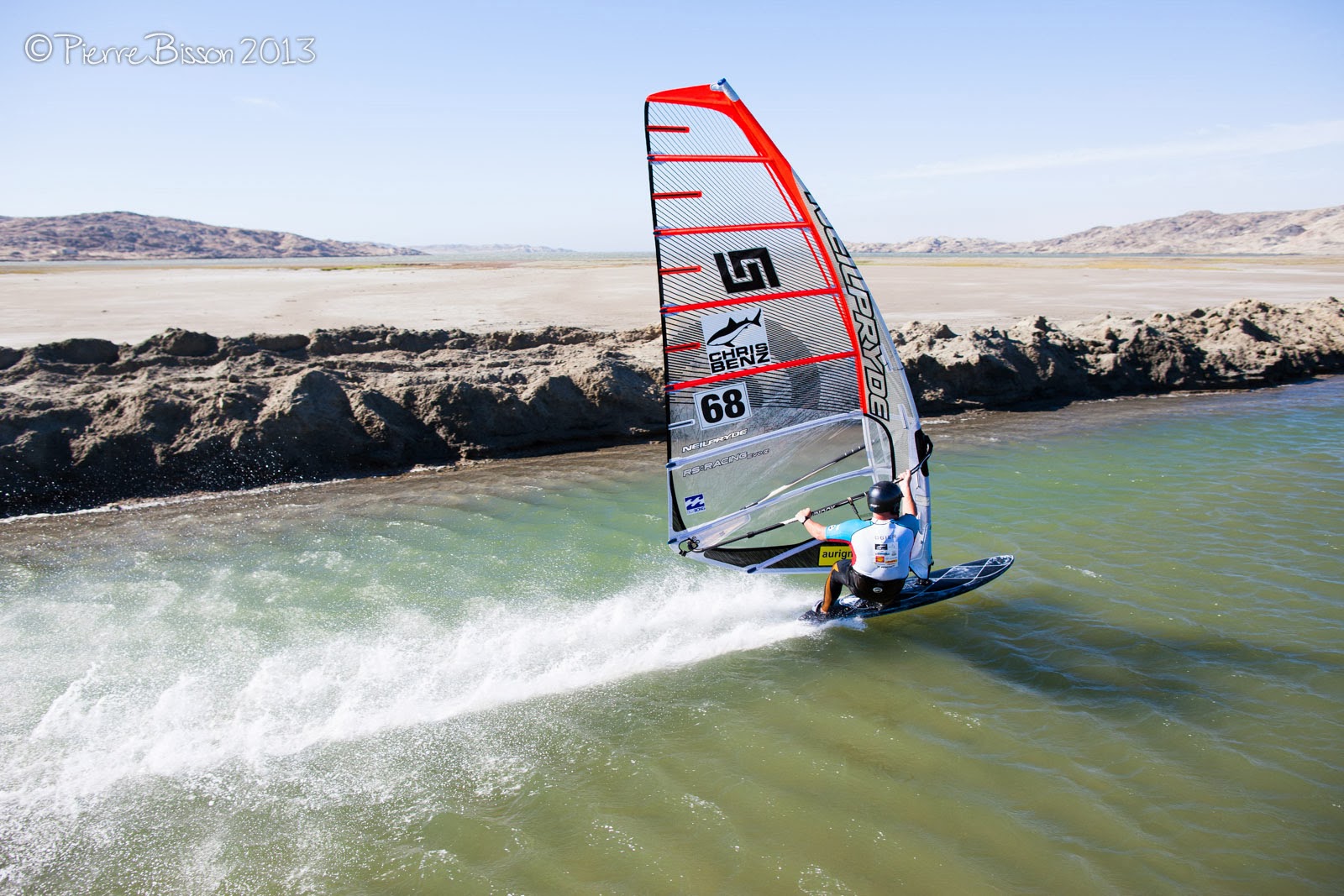 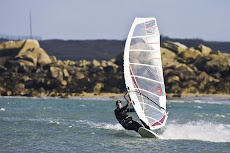 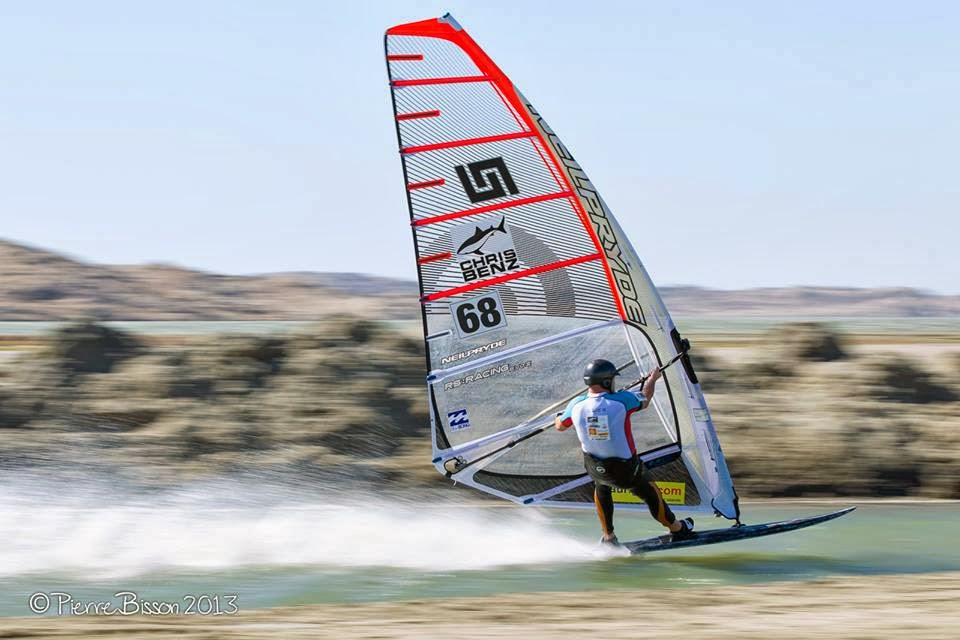 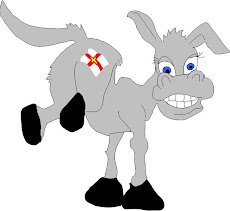 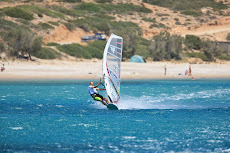 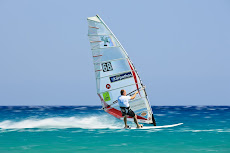 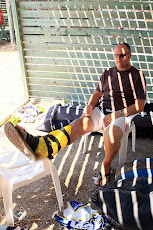 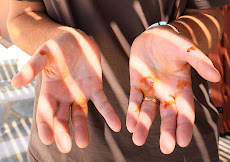 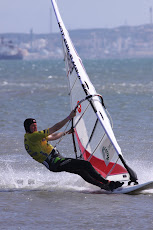